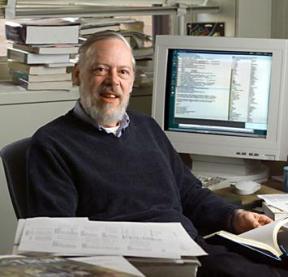 After a long illness, Dennis Ritchie, father of Unix and an esteemed computer scientist, died last weekend at the age of 70.

Ritchie, also known as “dmr”, is best know for creating the C programming language as well as being instrumental in the development of UNIX along with Ken Thompson. Ritchie spent most of his career at Bell Labs, which at the time of his joining in 1967, was one of the largest phone providers in the U.S. and had one of the most well-known research labs in operation.

Working alongside Thompson (who had written B) at Bell in the late sixties, the two men set out to develop a more efficient operating system for the up-and-coming minicomputer, resulting in the release of Unix (running on a DEC PDP-1) in 1971.

Though Unix was cheap and compatible with just about any machine, allowing users to install a variety of software systems, the OS was written in machine (or assembly) language, meaning that it had a small vocabulary and suffered in relation to memory.

By 1973, Ritchie and Thompson had rewritten Unix in C, developing its syntax, functionality, and beyond to give the language the ability to program an operating system. The kernel was published in the same year.

Today, C remains the second most popular programming language in the world (or at least the language in which the second most lines of code have been written), and ushered in C++ and Java; while the pair’s work on Unix led to, among other things, Linus Torvalds’ Linux. The work has without a doubt made Ritchie one of the most important, if not under-recognized, engineers of the modern era.

His work, specifically in relation to UNIX, led to him becoming a joint recipient of the Turing Award with Ken Thompson in 1983, as well as a recipient of the National Medal of Technology in 1998 from then-president Bill Clinton.